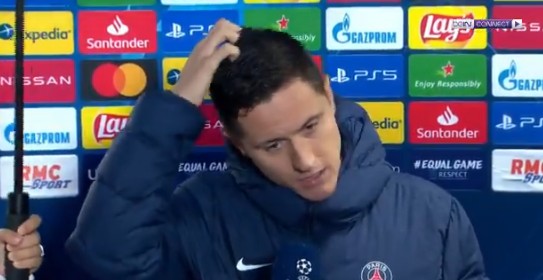 Herrera told the Bein Sports reporter: "We did not get a good start in the first half (not showing the best form), but we still created a few chances to score, including Di Maria and Kurzawa. Opportunity."

"Seeing that De Gea made a save, I think he was lucky, because it was almost a must. Then we were punished. That penalty? I don't know if that action is enough to judge the penalty. We have to Go watch the video again."

"We did a good job in the second half. We were able to control the rhythm and got 2-3 good opportunities. However, De Gea was really brave. He made a very crucial save. After they changed their formation, we ran into some troubles. ."

"This is football. When you create a chance but you can't score, your opponent can adjust well and then hit a fatal counterattack."